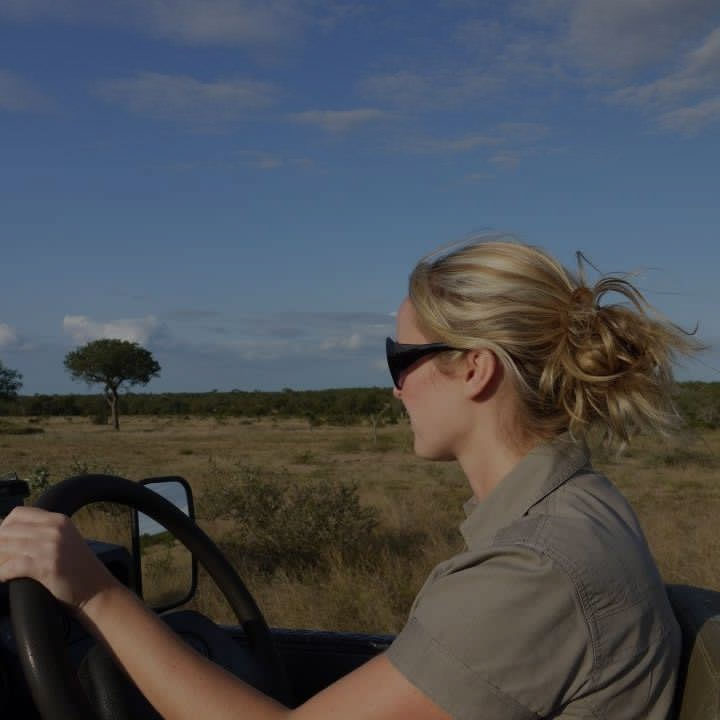 My first ever job was a ‘Sunday job’, working as a waitress at a residential home in the Uk, it was a very large, grand stately home in a village not too far from where I lived and housed at least 40 residents.

I wore a typical ‘’maid’’ outfit – black dress, past my knee with a frilly white apron and our hair had to be neat & tidy. I do however recall dying my hair pink at one stage and the residents all liked it (or so they told me!)

I enjoyed my time there and it was my first experience with the hospitality industry.

I didn’t study anything related to the industry in College and really wasn’t sure what career I’d end up in but the ideas I had when I was very young were hairdresser, vet or something in the media as my favourite subject at college was media studies.

I ended up leaving college a year early and moving to a new area where I knew very few people.

I was located in a very small village (blink and you miss it) so my options were limited, there were a few small shops, a school, petrol station and 2 pubs.

One of the pubs was right on the main road so I figured Id try there first. I remember vividly walking in (like it was yesterday) and there were a few people standing around the bar, I was approached by one of them, a gentleman who asked me if he could help me, I think he thought I was in there trying to buy alcohol! I said I wanted to find out if there were any jobs available.

He happened to be the owner and asked me to come back later that afternoon to speak with his wife, who handled all the hiring.

I don’t think at the time I was very excited, I probably didn’t consider it even an interview or know what to say, how to dress or prepare in anyway but I turned up and after a short chat (at table 12! – yes, I still remember this but not what I had for breakfast yesterday!) she offered me a full time position and I started the following day. 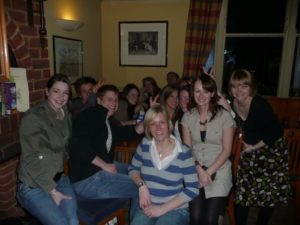 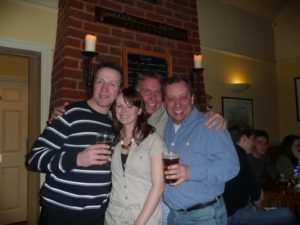 I don’t think I had many expectations of the job, I just needed to start earning and this was very convenient.

As I was still very young, I couldn’t work in the bar section or serve any alcohol, but I could work on the restaurant side as a waitress.

I recall having mixed feelings about the first month, from hating it some days but I started to enjoy making friends and the social aspect of hospitality life.

It was nice to have colleagues who were supportive and really took the time to train me, but also to feel like I was part of a community as the pub was very popular with the locals from the village.

Within the first year my employers chatted to me about studying hospitality and it was decided that they would very kindly fund my studies, all of which I did at the actual pub itself as I had a tutor who came from an accredited company, I ended up obtaining a diploma in Hospitality Management & Bar service.

During the years I worked here I was sent on numerous different courses, to name a few a cellar course, licensee course and wine course.

When I arrived all those years before I hated wine but I ended up not only enquiring a taste for wine but also learning a lot about it, as my employer was also a wine merchant and this was a big passion of his and in return became a passion of mine.

He used to let me choose any wine from the wine list each Sunday, we would open it and write tasting notes and I would not be allowed to write the word ‘’nice’’ ! I also wrote tasting notes for every single wine of our list (there were hundreds) and actually started to train the staff myself and this became my ‘’thing’’

We also bonded over a love for nature and wildlife and he even brought me my first pair of binoculars!

I had an amazing 6 years working here, made lifelong friends and had lots of support and I am very thankful to them all, as my life could have definitely gone in a very different and much worse direction.

This support extended to me wanting to move to South Africa, after I went on a 2-week holiday. I feel in love (no, not a man!) with the wildlife and remoteness of Kruger Park. I decided I would become a field guide and move myself to the country. 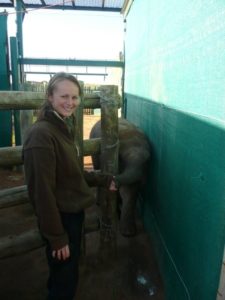 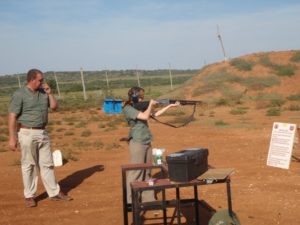 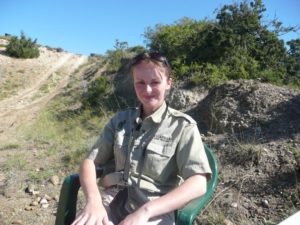 With lots of fundraising from everyone I was able to save up to move over and do my field guide course and a conservation placement, although guiding may not sound like a hospitality job it most definitely is and you learn very quickly as a guide that it is very much about the guests and you have to be a people ‘’person’’ to become an excellent guide.

I briefly headed back to the Uk for 6 months and was on a contract at a golf club, I was the F&B Manager and was recruited as their operation was failing and losing money. I really enjoyed working in this new environment and again meet some wonderful people and I could of easily just stayed but my goal was to move back to South Africa and I have been in the country for the last 11 years.

On moving to South Africa, I had to start as an intern as employment for a foreign national is not simple, so I was working for food and accommodation at a large golf club/hotel and restaurant. I do recall being a bit frustrated as I had a lot of knowledge in the industry but as an intern, I was doing all of the ‘run around’ jobs. I however kept the end goal in mind and new it was what I had to do. I also made some great friends who gave me advice and supported me. Although I was an intern I was quickly given the title of ‘’Camp Manager’’ for the smaller bush lodge they had in a section of Kruger park and I re-decorated the lodge and held functions there for the corporate clients they had.

One of my colleagues said she had a friend who did movie catering and said they may offer me a job for a month as at the time it was just before the confederations cup (Soccer) and the catering company although normally focusing on movies had gotten the contract to do the catering at the stadiums. So as my placement was over, I decided to contact them and they said they would take me on for the month. I needed to travel to an area that I couldn’t even pronounce – Hartebeesport Dam, if anyone asked where I was going, I would just say somewhere with a dam not to far from Jo’burg. 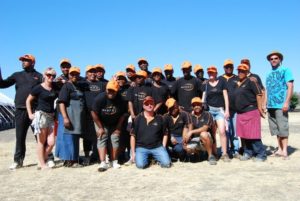 I arrived, and it was all systems go and I was thrown straight into the deep end, and was working at the stadium in Joburg.

I don’t really recall ever having a conversation about me staying on after this month, it just seemed to be what made sense at the time and I actually wouldn’t have had anywhere to go anyway. I ended up opening 2 bar/restaurants for the company and worked on numerous movies, commercial and concerts with them. It was a few fun years (yes, years!) and we were a family.

I relocated with the company to Cape Town but realised my dream was still to be in the bush, guiding or at least lodge based.

I was lucky enough to find an amazing job in a very rustic walking safari camp, which I loved and although my official title was F&B Manager I did a bit of everything including Reservations, Management, Hosting, cooking and attended most of the morning bush walks before I officially started work in the morning. Much to my sadness the company was liquidated, and I headed back to Cape Town for a while.

When an opportunity came up for a position in the Timbavati, and I managed to get an interview, I was very excited. The interview was in Pretoria, so I actually accepted the job before even heading to the lodge! 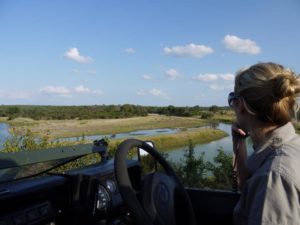 When I did arrive, I loved it right from the beginning and felt at home in my Assistant Lodge Manager/Guide position with great Managers and colleagues and It was the best of both worlds, my first Guiding job but also helping to run the lodge. 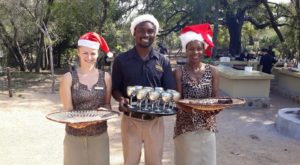 I worked here for a couple of years and then my partner and I decided to move on, we took on the running of a property which was moving from being non-commercial to commercial and had a lot of offerings from a walking bush camp, to a main lodge and a sleep out deck. Once we had successfully made this a commercial operation we moved on, and after a short break from work and some freelancing, I settled at the lodge I am at now, initially starting in the bar covering someone who was sick and then managing the villa for a few months and finally taking on the position of Assistant Manager, this was 7 years ago and I’ve been here ever since and it really is home.

4 years ago, I started my company, Wild Dreams Hospitality as I have a passion for helping people. My company started with offering recruitment services and has expanded to also offer HR admin services and vegan hospitality consulting which is something I am extremely passionate about and I cant wait to help many lodges, restaurants and hotels become vegan friendly.

Hospitality has now been my life for 20 years (showing my age!) it has taught me a lot, its challenged me but I cant imagine what my life would of been without it, or without meeting the wonderful people I have.

Hospitality is a passion and I am lucky to be able to share it with you all.

Next Article : Interview with a professional field guide
Share :