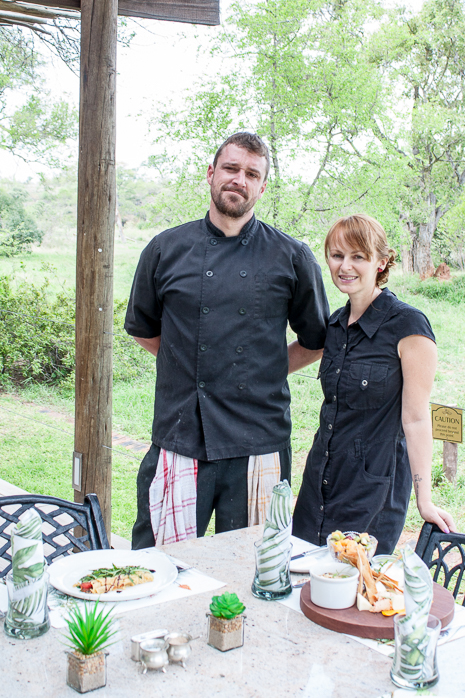 Once I became a certified vegan hospitality consultant, it made perfect sense that I would make the lodge that I am based at vegan friendly as my first client! Read all about this process here in my blog….

For those of you who don’t know, South Africa is a huge ‘’meat eating’’ country, nearly every South African will tell you their favourite thing to do on the weekend is to have a Braai, which is an Afrikaans word for barbeque or roast, so basically a braai is a BBQ. Which of course can totally be made vegan with a range of either mock meats or interesting vegetable creations.

The study was based on Google trend data, a reliable source of big data which lets you compare veganism popularity across the world. Google looks at vegan-related searches made in any language such as ‘’vegan recipes’’ ‘’vegan restaurants’’ etc and assigns a score based on the number of searches for a given topic to all searches made in google for that particular location.

So, based on the demand we are seeing, it’s important that the hospitality industry within South Africa who cater for locals are ready for the influx of vegan customers coming their way.

There are already vegan markets popping up all over the country and some amazing, globally recognized brands even come from SA, with more and more becoming available.

Equally so, a 5-star lodge like Kings Camp, who’s main guests are from oversees needs not only to be accommodating vegan requests but actually attracting vegan guests to the lodge.

The most common countries that Kings Camps guests come from are the countries where we are seeing the biggest demand for vegan food:

Lucky for them, they have me! – Hayley, a certified vegan hospitality consultant, I studied and graduated during lockdown and received my Vegan Hospitality Certification in July. Excited to put my newfound skills to the test in my workplace, as I am also part of the management team here, I set about creating and implementing vegan meal options. This forms only a small part of my newly created consulting company called, Wild Dreams Hospitality. (www.wilddreams.co.za) In the future I hope to consult on all departments on how we can make them more Vegan friendly.

Our extensive breakfast menu now has a vegan version of every single dish! And the best part is, wait for it……. Even the meat eaters are loving these dishes! (Happy Dance)

The first week we launched the menu we served more vegan dishes than non-vegan dishes, and we had no actual guests who identified as vegan at the time!

We also received fantastic feedback from the guests, saying how impressed they were with the menu.

Another important factor is that the vegan options are on the menu all the time, and not only when we have vegan guests, which is something that many lodges aren’t currently doing. Having vegan options on the menu permanently we are attracting vegan guests to the lodge, as word of mouth through past guests, friends and family spread that should anyone want an amazing vegan friendly experience, at a 5 star lodge in South Africa, then look no further than us.

What is also important is that this is a collaboration with myself and the Executive Chef, Gareth. He has been a Chef for many years, is highly skilled and experienced and knows what works best in the lodge kitchen.

To give you an example of how we collaborated, I had a vegan homemade yoghurt on the first draft of the menu to go with the continental platter however there are a couple of reasons this is not ideal:

Chef Gareth suggested a vegan custard instead which may not be something you would typically think of to have for breakfast but this has worked out exceptionally well, it actually tastes more like yoghurt than the yoghurt I’ve personally made in the past, its cheaper, quicker and all-round a winner working both operationally for Kings Camp, and also in-line with the budget.

We now also have vegan options on our lunch and dinner menus, and it is very satisfying to see people enjoying vegan food surrounded by nature and wildlife here at the lodge.

If you want to learn more about Kings Camp then check the website: www.kingscamp.com and come and check out our amazing setting in the Greater Kruger, the animals that live here as well as the amazing vegan menu!

Next Article : What is the difference between a reference letter & a certificate of service?
Share :